What Impact Does Social Media Have on Mainstream Media? 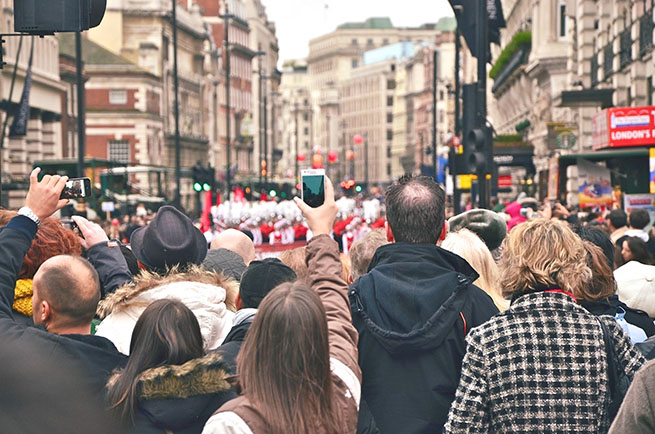 Long before the phrase "fake news" was part of social and political vernacular, it was difficult for media to feed a 24-hour news cycle with enough content to keep news programming interesting. Fast-forward to today and not only is there plenty of news programming to spin clocks all day and all night, the traditional news media reporter  is working harder and more frantically than ever.

News reporters who were once responsible for writing an article for the morning paper are now trying to keep up with bloggers, citizen journalists, tweeters and anyone else with a handheld device that can post information. They chase down all sorts of leads that pop up online - some of which have little or no credence. Mistakes are made more frequently, typos are more prevalent and information is not always properly fact checked.

It all begs the question: Is the media delivering the same quality of information, and at the same standards it did, say, 20-years ago? 30-years ago? I'm not sure, so I asked a friend to clarify the impact social media has on mainstream media. 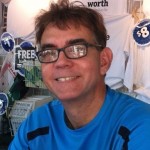 Meet Jerry Zgoda, he has worked at the Star Tribune since he graduated in 1984 and is an award-winning sportswriter. He graduated from the University of Minnesota with a degree in journalism. I asked Jerry for his opinion on a number of topics from the demands placed on reporters, the relevance of bloggers in mainstream media and the overall quality of journalism, read on for Jerry's answers.

1. Has the quality of journalism dropped off in the last few years? How so?

I’d say there’s certainly been a sacrifice in accuracy for the sake of being immediate/first. I’m dating myself, but in the old days you needed two separate sources to confirm news before you published it. Now it’s often as simple as re-tweeting somebody else. The immediacy of Twitter, Facebook Live, and Google Searches in this new 24/7 world of news has created this rush to be first rather than right.

2. How do the demands placed on reporters to post in social media around the clock affect their ability to do their job well?

I’ve never been directly told I need to tweet – although when they set up the account for you, it’s certainly implied – but you feel compelled to keep up with other beat writers from other papers in other cities. Some of them can be quite compulsive, so it’s kind of pushed me along to do more as well.

Actually, the paper doesn’t want us breaking news on Twitter. They want you to have a presence there for sure, but they want you putting news on the blog or in a news story and then using Twitter to link to the news so they’ll get hits on the Star Tribune site.

Breaking news on Twitter doesn’t earn them any money, but getting web hits does.

I suppose everyone with a computer is competing and thus a threat, I guess. Mark Cuban once wrote something I read that made a lot of sense. He said the worst thing a newspaper could do is have reporters do “blogs” – or at least call them blogs because it doesn’t distinguish a paper’s trained news-gatherers from any yahoo with a computer. It lumps them in with anybody with a blog. He said the newspapers should call it “real-time reporting” or something like that. He’s right.

I know the trend is toward “citizen” journalists because you don’t have to pay them. The immediacy of social media certainly has changed the news cycle into a 24/7 thing and it certainly has changed my life for the worse in terms of work load and stress, but it’s a contradiction in this way: You might get beat on stories regularly from all sorts of places – other traditional media, bloggers, anyone really now – but there’s no such thing as a scoop any more. It lasts 5-seconds and then the whole world owns it and nobody but a few media nerds remembers who had it first.

4. What do most people/bloggers not understand about real journalism?

That it’s not just about repeating something somebody said. A lot of blogging can be rumor and hearsay. Real journalism is about nurturing sources, verifying facts and making damn sure you’ve got the story right, a process which unfortunately is being whittled away little by little even with many of the best journalists these days because of the need and pressure to be first rather than correct.

5. What do you think traditional news will look like in 20-years?

Speaking from my corner of the world, I’d sure like to hope newspapers will be around, although I envision its future is a modified version of storytelling with words and video on tablets rather than in newsprint. I always thought our future would be saved by the technology of a constantly updating electronic newspaper. That’s what the iPad and other tablets are. And hopefully newspaper companies will figure out how to monetize such technology better than they’ve done the old-fashioned Internet because what we produce still is very much wanted and needed in the marketplace, only people have gotten used to in the last 15-years not having to pay anything for it.

Timing is Everything: Understanding the Best Times to Pitch Media

Understanding the best time to pitch the media can make or break your attempt to garner the...

Blog marketing is a great tool for your website and your company. It helps with search engine...

The Fall of Traditional Media and Rise of Content Marketing

Much has been written about the fall of traditional media, but I had a front row seat. I lived...