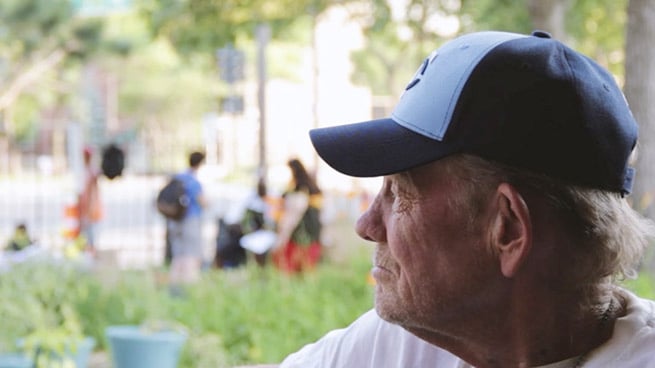 At StoryTeller, we believe in the power of real video storytelling to tell a complex, compelling story. So, it's important to us to share real video storytelling examples — to show exactly how video can bring a story to life. A few months ago, we introduced you to Verdarrell, a cheerful, positive man who temporarily called the Catholic Charities’ Dorothy Day Center home. Verdarrell was brave enough to let his walls down and let us share the hardships of living a life of homelessness and uncertainty. Similarly, Catholic Charities took the same step in letting their clients shed light on what goes on inside the shelter in hopes of bringing awareness to the need for building a new shelter.

The new Catholic Charities’ Higher Ground St. Paul will open its doors in late 2016, providing more dignified shelter and housing along with programs and services for people living in poverty. Verdarrell’s story is one of three videos we produced that dove into the lives of someone staying at the Dorothy Day Center. Together, Mike, Verdarrell and Theresa’s three stories paint a comprehensive picture and reinforces that anybody can fall into the pitfalls of poverty.

Mike is a strong, rough-around-the-edges veteran, who has had some haunting past life experiences. He tells his story in a very straightforward way that captures your attention and gives you glimpses of Mike’s former life.

"It's not a pretty life, it's a heart breaker."

Verdarrell sleeps on a mat on the Dorothy Day Center floor each night, despite his severe and deteriorating health conditions. One night when the truth of his situation suddenly hit him, he decided if he couldn’t do enough to get out of the shelter, he would make the most of his time and the time of his peers at the shelter.

Theresa is an aging adult who found herself at the front door of the Dorothy Day Center after numerous and terribly realistic tragedies rocked her life. After listening to her story, it’s easy to see how poverty is not prejudice and how necessary Catholic Charities’ services really are for the entire community.

"It's like you are in survival mode all the time."

Though each video on its own is powerful and inspirational, combined the series of videos provides a thorough perspective of the impact Catholic Charities is making to those affected by poverty in the community.

Video Blogging Tips: What is a Video Blog? [video]

Video blogs are a quick, very effective way to get attention online.

That’s why we shot this video...

One of my favorite marketing sayings is, "the best call-to-action on the internet is a video play...