Stop Creating High-Level Fluffy Content That No One is Reading 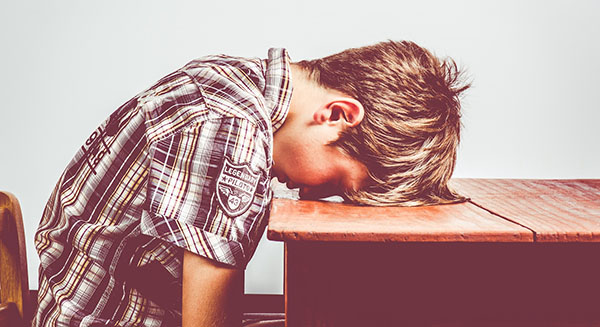 It’s an ongoing problem: marketers and business leaders are creating content that isn’t thought through properly. It is too high level, too fluffy, and just rehashes other messages already on the internet.

Overall, we’re writing too much stuff that nobody finds relevant enough to link to. In fact, 75 percent of content created for the web never gets linked to by anybody. It is a tremendous waste of energy and resources.

Worse than that, fluffy content can bog down a website and make it less functional. It can cause potential customers to lose trust in a brand. And it can negatively impact the lives of people who read it.

Few businesses start out with plans to create bad content that nobody cares about. But many businesses end up with websites full of it. There are many reasons for this:

So, bad content happens, and it can negatively impact a business. But it can do worse. I’m going to explain that by making something that esteemed professor of marketing Philip Kotler called a “moral appeal.”

My moral appeal begins with a quote that starts a blog post I read awhile back: “I didn’t go looking for grief this afternoon, but it found me anyway.” In 2014, CSS and HTML expert and blogger Eric Meyer wrote a blog piece that used the phrase “inadvertent algorithmic cruelty.”

That year, Facebook’s Year in Review feature was still new. The designers at Facebook had created it to spark joy. They wanted the Year in Review to be a celebration. “This is what your year looked like!” they wrote. They showed users one of their most popular pictures surrounded by dancing people, confetti, and balloons.

Except that Eric’s year had been terrible. And the picture surrounded by dancing people in his Facebook newsfeed was his daughter Rebecca’s. She had died that year on her sixth birthday. As a developer and a blogger, Eric knew that Facebook’s intent had been positive – but the image still hit him. The content creators at Facebook put content out there, but they didn’t fully think it through.

Why Does that Story Even Relate to Fluffy Content?

Many of us create content for the internet based on our own motivations – often to meet revenue goals or to gain exposure. Often we do this in a way that is like Facebook; we start with good intentions, but we don’t consider the user and we inadvertently end up doing the wrong thing.

How? By making high-level fluffy content that nobody is reading.

In the best of circumstances, this just bogs down a system that could easily provide useful information to people searching for it. It forces users to wade through meaningless pseudo-articles to get to the real facts they need. It forces them to do this even if they’re only working with a mobile phone, or have a slow Internet connection, or have a disability that makes it hard to read and process information.

There are more than seven billion people in the world today. If you’re reading this, you’re in the minority with internet access. And if you’re reading this from the perspective of a content creator – someone whose actions help to shape and build the internet – you are in a very, very small percentage.

Today I am going to make content that says something real that is useful to people in the world.  I will share actual information – not just advertisements for people to buy things. Help people do better, be better, and try to make their lives better.

You do your research, you identify your prospect, get your elevator...

How many people does it take to produce a video? This is a great question. The costs and quality of...