Videography Tips: What's the Difference between 4K, HD and a DSLR? 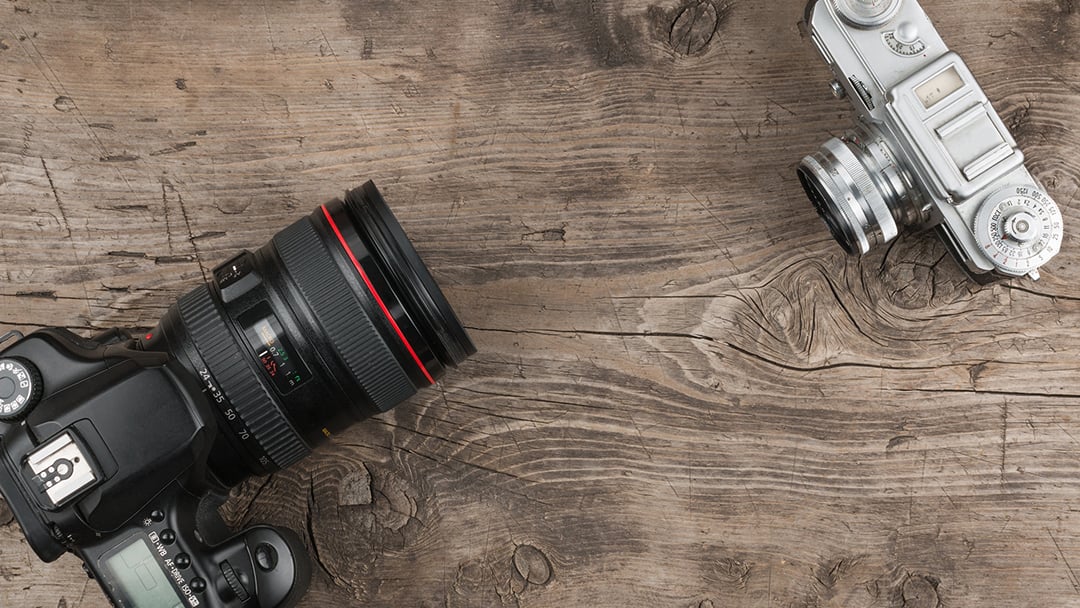 In recent years we have seen a wonderful evolution of video quality and in turn our clients have asked us questions like, "what's the difference between HD and DSLR?" Or, "what's 16:9 and 4:3 and why should I care?"

When we first started producing video, we shot the footage using digital tape in standard definition or 4:3. Say what? Think of what television looked like before there was big screen or wide screen - that's 4:3.

As the output preference of most Americans changed (in other words, we started buying different televisions), there was a movement away from standard definition and towards high definition. Now we are seeing that trend shift toward 4K resolution and beyond.

Where were you when you saw your first high-def movie or sporting event in high-definition? It was remarkable, wasn't it? Almost too much video goodness to take in at one time! With this movement we started to shoot in a different format as well, using memory cards instead of digital tape. For people who watched these shows or videos, this meant fabulous images, amazing color and detail in the picture like we had never seen before.

16:9 is simply a resolution that has a width of 16 units and height of 9 units. Currently, it is most common aspect ratio for monitors and TVs in high definition.

What is a DSLR or Digital Single Lens Reflex Camera

DSLR refers to the type of camera where there is a shutter, the shutter operates as the gateway to what gets recorded as a photo or video. These cameras were originally built to capture images on film but have been adapted to record images and video footage digitally. 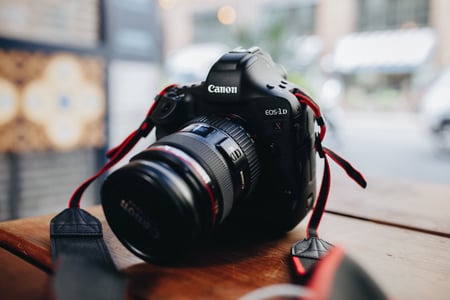 These cameras have interchangeable lenses that allow photographers to more specifically adjust settings to give footage a warmer, film-like quality and adjustable depth of field (the blur effect) to add a more dramatic feel.  DSLR will give you a warmer, more intimate finish and feel. If you have a video that is high emotion, dramatic and deep, the DSLR is the camera for you.

What is a 4K or UHD Camera?

The simple explanation is that 4K video has a higher resolution than 1080p (HD). Here is a screen grab showing the difference in size: You might be thinking, “Wow!  All video should be in 4K from now on!  It’s so obvious!”  Well, you might want to cool your jets. Yes, the resolution is higher. But that comes at a price.  Transferring, storing and editing 4K video has not been the easiest (not yet). There is a lot more data there.  Think of it like trying to run a baseball through a garden hose. It takes more time from start to finish: to ingest, edit, and render the video - dramatically increasing project time.

Speaking from experience, my 4K workflow takes more than twice as long as it normally would with standard HD. So, whether it's your own time as an editor, or you're paying a production company, time is money. And 4K may not be worth it.

I shot some video in 4K and 1080p under the exact same conditions. Take a look below. Can you tell the difference?


So when should 4K video be used? At the moment, the best use is for broadcast television and in cinema. 4K looks its best when it is being viewed on either an Ultra High Definition television or in a movie theater. The time will come when we will all have UHD monitors and televisions, trust me. Internet speeds will increase and we will all be watching video in 4K (or even 8K in a couple of years). Make no mistake, 4K video at its best does look incredible. Unfortunately, all other technology has not caught up yet.

So, what does this mean for you? First, technology is changing rapidly. Secondly, you have options and if cost is an issue, the format on which your project is shot might make a difference. Finally, depending on the purpose of your project, there may actually be a camera that is better suited for what you are trying to accomplish. Ask your videographer or video production company what they think and determine whether there is a cost difference between formats and you'll be on your way. If you've got more questions, here's a link to a blog on some of the most frequently asked video production questions. Hope this helps and good luck!

What is Inbound Marketing?

"What Does Marketing Do?": 4 Ways to Justify the Value of Your Team

For marketers, our job can be a thankless one. When budgets get tight, it seems we're always the...

What is a Video Producer and What Do They Actually Do?

In many households, there’s usually a leader that takes charge to get things done. They’re the ones...