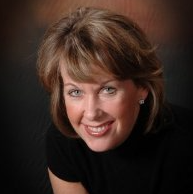 Barton Hills is an upscale country club in Ann Arbor, Michigan with a prestigious Donald Ross-designed golf course. Yet, despite their storied history, outstanding reputation, and recent course, clubhouse, and pool area updates, they were struggling to stay relevant to the next generation of members.

Their initial 2019 budget projected no net change in resident golf or social membership. In fact, the only projected growth was a goal of eight new junior members.

Numbers like that are not sustainable. So, Barton Hills engaged StoryTeller to solve a common private club challenge: how do we add more members?

After thorough research, our team recommended a strategy that leverages content and technology to better connect with modern buying behavior.

Most big purchase decisions begin online today and club membership is no exception. And whether a prospect is checking out a club because their friend referred them or they’re conducting their own research by typing keywords into Google, all paths lead to the website.

Furthermore, the majority of these prospects prefer to do their research on their own terms including finding out how much it costs to join without having to call or schedule a meeting with the membership director. Having the right information that is easily accessible online, is crucial for supporting the buying process of the next generation member.

Modern member prospects also expect that every website interaction is both smooth and personalized. Adding automation with pop-up forms, personalized workflows, and chatbots can allow the audience to move through your website seamlessly creating a "frictionless" sales process. Not only does this make the process more convenient for the prospect, but it also frees up the membership director to focus on face-to-face meetings with prospects who have already educated themselves on the club resulting in a shortened sales process. Incorporating automation tools leaves no chance for "dropped balls" given the amount of juggling membership directors are asked to do.

With this in mind, StoryTeller laid out a twofold strategy for Barton Hills to augment their current website and social media channels:

While laying the groundwork for the aforementioned strategy, StoryTeller built the roadmap for a 90-day push to kick off the new golf season. This included using HubSpot Marketing Software tools for content distribution, automated email nurturing, and lead management. The push focused on three key areas: Awareness, Lead Generation, and Sales Enablement.

After the 90-day push to start the season, Barton Hills reached the midpoint of the summer (July 1) with 32 new members -- a significant increase from 2018. On top of that, because the software can map out how each prospect interacted with the website and what their "buyer behavior" demonstrated, we can directly attribute 14 of those new members directly to the digital campaigns that nurtured them from visitor to new member:

Initiation fees and year one dues for the 32 new members topped $600,000, but even with the most conservative accounting, they earned $266,000 in new revenue – a 16x return on their initial $15,750 investment in StoryTeller, Facebook Ads, and HubSpot marketing software.

Moreover, the same content, marketing, and sales enablement tactics that re-energized Barton Hills membership can be applied to growing their wedding and event revenue going forward. Suddenly, the storied club with a declining membership is back on the uptick and well-positioned for the future.

There are no related posts