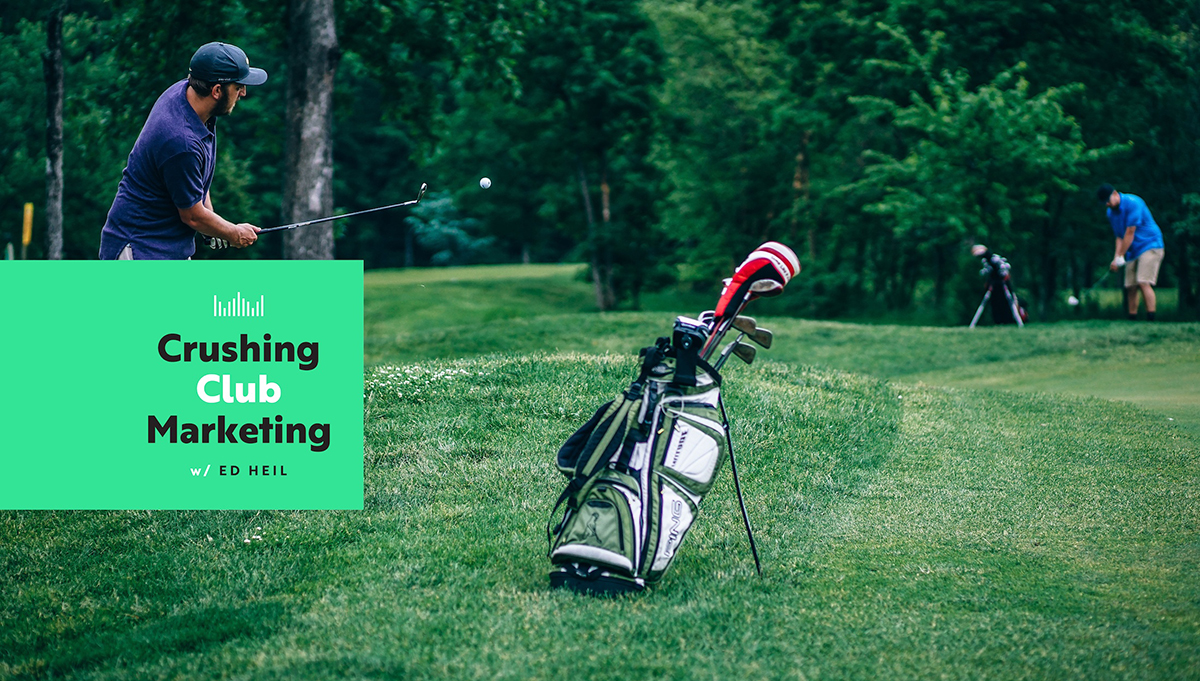 Columbine Country Club, just outside of Denver, Colorado, experienced exponential growth over the last three years due to what, Director of Sales and Marketing Leader Robert Cuillard says, is a "sales culture" at the club. After a seven-year decline, Columbine has a new clubhouse and a full membership. What's more, Cuillard, who started with the club in 2015, also has an annual marketing budget in excess of $400,000 — a number not often associated with private clubs. He's accomplished this by taking 11% of all new member initiation fees and earmarking that for marketing, an aggressive play that has worked well for Cuillard in his years at Columbine and in previous positions.

Cuillard says there are three critical aspects clubs need to master in order to grow revenue and have similar success:

Founded in 1955, Columbine has played host to multiple PGA tour events, but assuming their past reputation would make new members flock to their doors was naive. Much like the clubhouse, the membership at Columbine was aging and like so many other private clubs, Columbine wanted to get younger.

In 2015, the club wasn't attracting younger families, which was a problem. Of course, demolishing the 60-year-old clubhouse and rebuilding a new one from scratch helped create excitement in the market. The roughly two-year project that recently earned them Golf Inc.'s Clubhouse of the Year Award, was a major undertaking and helped create the family club that the members wanted to build. Equipped with state-of-the-art amenities, the club today is flush with junior programs and family activities that run year-round.

2. Build a Club That the Market Says it Needs

After experiencing consecutive years of declining membership, Cuillard says they had to step back and ask themselves, “What does the market look like and where do we fit in that market?”

Positioned just below the most expensive private clubs in the market, the Columbine Country Club team figured out who they were, what their identity was, and went out to build that club community. They targeted a younger demographic and started seeing the change they were seeking. The average age of members went from 63 to 54 in the last two years.

Today, Columbine Country Club is full in all membership categories. In the last three years, they've sold more than 250 memberships which nets to a little more than $9 million in revenue.

As marketers, we're programmed to want to jump straight into tactics. But first and foremost, Cuillard says you’ve got to get everyone on the same page. Not just those running the operation, but in recruiting new members. Cuillard rolled out a new member campaign with the existing membership acting as the driving sales force. He says this "sales culture,” is the crucial element in Columbine's recent membership success.

Cuillard and the club's general manager, Michael Bratcher, divided and conquered. Bratcher worked management, Cuillard spoke to members. He says you need members to genuinely believe in your message. So, rather than rely on the common tactic of offering referral spiffs for existing members, Cuillard told members that if they want an environment where they can hang out with friends, then they should go out and bring in their friends. And that's exactly what happened.

4. Growing a Marketing Budget to Last

Columbine Country Club has the luxury of a marketing budget that many directors of sales and marketing only dream about. However, Cuillard has experienced little to no budgets, too. He says growing a marketing budget requires a two-pronged approach — establishing credibility with the board and making sure your general manager is ready to go to bat for you. His push for marketing dollars began with a detailed marketing plan for the board.

Cuillard's 26-page marketing plan mapped out every dollar. Not just what was being spent, but he also detailed a specific return on investment for the expense. In his first year at Columbine, he guaranteed he'd double revenue the following year and promised to double the marketing budget, too. It happened — he asked, he got it, and made good on his guarantee.

https://www.columbinecc.com/Check out the full interview with Robert Cuillard and hear where his marketing dollars are used to drive membership.

If you're looking for a club marketing pioneer, look no further than Ruth Glaser, director of sales...

Innovation With Club Marketing Starts With Technology and Data

Having just attended the #CMAA19 World Conference in Nashville, I was not surprised to hear a few...

A new year is upon us, which means it’s time for New Year’s Resolutions. But I’m not talking about...