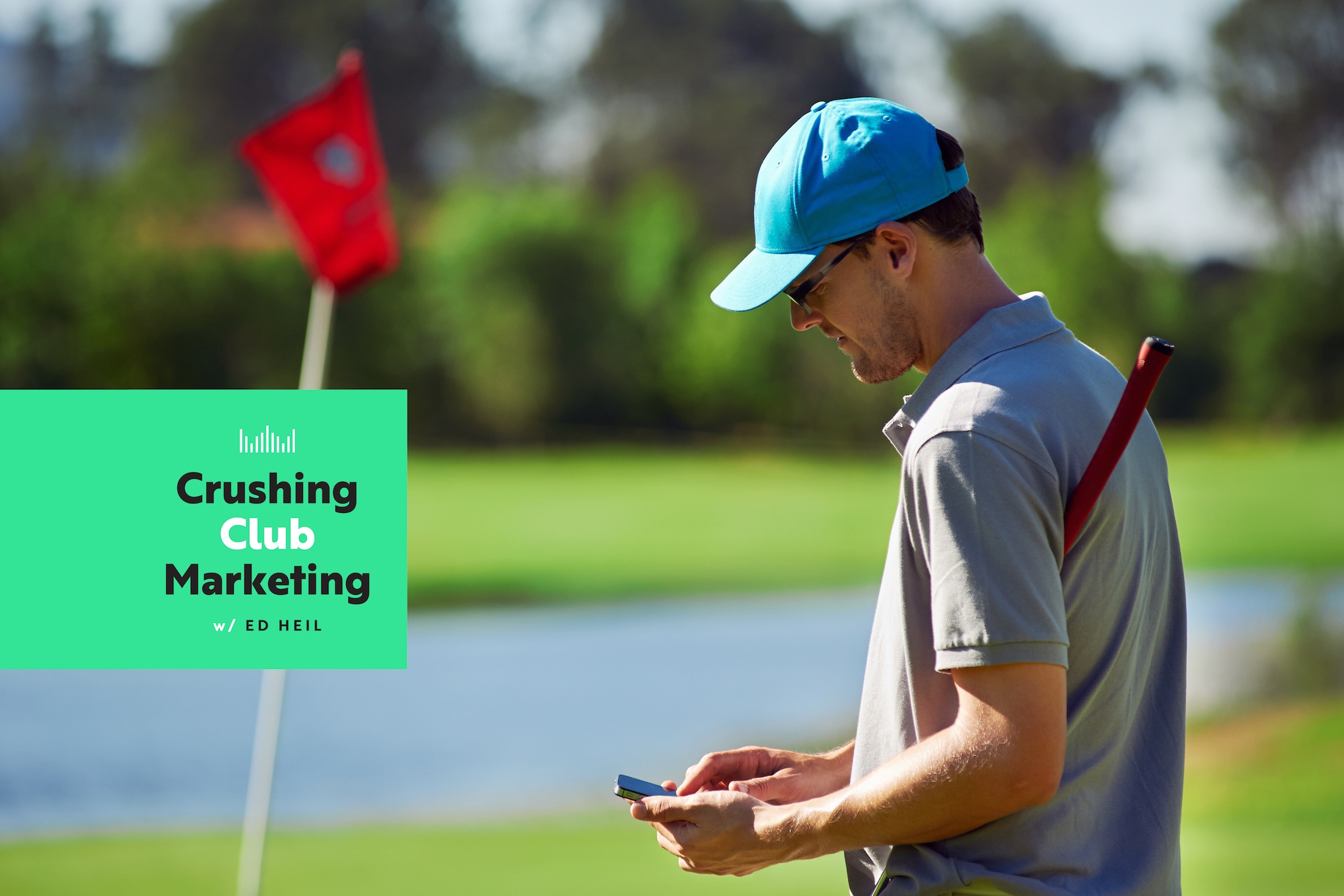 Social media is a huge part of our lives today. Even if your club isn’t engaged in social media, there’s a good chance that people who ARE engaged are talking about your club. And for those who have a club Facebook page, you may be aware of the recent changes made to Facebook that have all businesses wondering, "How does this impact our Facebook page?"

Earlier this year, Facebook changed its algorithm to eliminate "spammy" content, which includes just about everything that businesses — including clubs — are putting on their pages today. Instead, Facebook is rewarding content that is actually interesting to people. The company is also saying, “Hey, if you want to spam people, buy Facebook ads, or pay to have people see that content.”

In this episode, Shanna Bright, from Private Clubs Online, shares with us the reasoning behind Facebook's changes and how club marketers can create posts that will still be seen by their followers.

"There's so much opportunity to share what the club lifestyle really is, and to kind of loosen the mystique and myths about the 'hoity toityness' of private clubs." (5:20)

"A blanket statement that a lot of clubs will make is, 'Our members aren't online.' And that just cracks me up, because if you look at all the social media reports, there's no legitimate support to say that." (8:20)

"The grandparents, the 55+, 65+ audience, have continually been the fastest growing demographic on social media because they want to see pictures of their grandkids." (9:20)

"That's really the attitude that clubs need to take. We want to stay in contact with the people that matter most to us, so we need to adopt these new tools into our communication toolbox." (9:40)

"Pages whose posts prompt conversations between friends will see less of an effect, less of the algorithm changes in terms of less visibility. It's about sparking conversation, creating meaningful interaction. That's the kind of content that Facebook holds more dear than those event posts that we all love to put out." (13:00)

"An event post is not going to spark conversation. But when you talk about the club lifestyle, what's happening in the club on a more personal level, that sparks conversation." (17:00)

"If you think about all the stories and all of the magic moments that happen in a club during the day, focus on that kind of stuff. That's the stuff that's going to prompt the conversation." (17:15)

"I know it's hard to say businesses should kind of act like people, and it's tough to do, but at least you can speak like there's a person behind the profile, behind the page, behind the account." (23:25)

"I always recommend that one person in the club is responsible for the content because one person has the ability to adopt a voice." (24:25)

"How would you normally talk to your members within the club? That's probably how you should talk to them on your social media channels. But the overall tone and voice and personality of the club is best represented and best implemented through one person." (25:15)

"You want the tennis team and the golf folks and people in the kitchen to be contributing their content, but you want that to go through one person who has the filter, who will adjust it and jazz it up and personalize it." (25:15)

"GMs need to get onboard and understand that this is hugely important. We can't just rely on newsletters and random e-mails and think that our members are going to be informed." (29:20)

"Have it be part of your weekly meeting so that at least on a weekly basis everyone's holding each other accountable for contributing to the overall club communication." (31:00)

"Video is definitely still very highly valued by Facebook. It's also more engaging than any other form of content that you can put out there." (32:45)

"Clubs try to post flyers as photos and Facebook sees that as an advertisement. Facebook is smart enough to be able to see the difference between a flyer and a photo and will not really give much attention to the flyer." (33:20)

"We're constantly bombarded with advertisements everywhere else in our lives, so why do we need that from our club, too?" (39:30)

"I think there's still an ample opportunity to share valuable content that informs, surprises, delights and just engages our members and keep the conversation going on Facebook as much as possible." (41:40)

It's been proven for years that businesses that blog receive more leads than those that do not....

As a marketer, data is an essential component for shaping your marketing strategies. The more you...

When Cathy Zehms caught word that there were plans to close Holy Cross Catholic School, where her...