Getting to know one of the Minneapolis Power 50 winners, Ed Heil

If you know Ed Heil, you know that there's not much he can't accomplish when he sets his mind to it. He is the master of setting a goal and conquering it. He is a visionary, he is a risk taker, he is an entrepreneur. I should know. I have been married to him for 24 years!

When Ed was honored this past week at the Minnesota Business Power 50 event where 400 people came together to honor some of the best people to know when conducting business in the state of Minnesota, it was an unusually cool moment for him (and of course, me!) What makes Ed's story, and this honor unique, is that he has technically only been a business guy for eight years when he launched StoryTeller Media & Communications in the basement of our home. Huh? 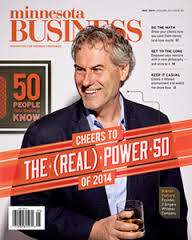 After 5 years of selling telephone systems for AT&T, Ed began the relentless pursuit of career happiness. He wanted to be the next "Bob Costas" only with an "asian twist". His sports broadcasting career began in Austin, Minnesota at KAAL-TV. After spending about a year cold calling any news director that would willingly take his call (while still selling phone systems), and shipping what seemed like 100 resume tapes later, News Director Dave Kopp was willing to give Ed a break. After two years Ed's news career continued to rise when he accepted a Sports Reporter job at WIS-TV in Columbia, South Carolina where he spent the next 4 years. (Yes, he did get to cover the Masters and meet Tiger Woods!)

This brings us to how we ended up in the Twin Cities and how StoryTeller got its roots. Ed was thrilled to join the WCCO-TV crew and spent the next 5-years working with good friends like Mark Rosen, and Don Shelby. A greater group of journalists he would not find. It was the culmination of Ed's experience in television news, and the multitude of relationships he had established in the Minneapolis media market that allowed him the ability to launch his next career. This is where inspiration comes in! 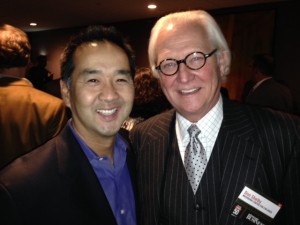 With an idea, limited resources, passion and a basement to serve as headquarters, StoryTeller Media & Communications was born in March of 2005. Ed's goal was to leverage what he had learned about great storytelling and video production to launch a public relations and video agency. Ed couldn't have imagined what a prolific decision the name "StoryTeller" would turn out to be. With the rising importance of using Social Media to communicate messaging and brand storytelling needed to provide the thread to unite ideas with emotion, StoryTeller adapted it's mission to do just that. According to a recent study published in the New York Times, if you want your content to be shared you need to have "emotion" and storytelling is at the heart of creating that connection.

So what's the big deal? So Ed's gone from sales guy, to news guy to business guy... a lot of people find themselves making big career changes. What you haven't seen yet, and it's just a matter of time, is what Ed is going to do to bring an awareness and a transformation of how Minnesota businesses (and beyond) are going to grow their businesses. Ed is leading StoryTeller to become the best inbound marketing agency in the Midwest to challenge brands on how they are spending their marketing dollars. StoryTeller has become a Hubspot gold partner agency, working to provide total integrated inbound marketing solutions to help our clients generate leads, and create marketing that people actually love. His philosophy is that "No one wants to be sold to. We are in the business of creating content that is helping and serving. Once we do that, the rest will follow".

If you find you still need a little more inspiration because you're not sure you can make a career change, Ed is always willing to connect with you to give you a tip or a boost. A cup of coffee is all it's going to cost you. If you are a business stuck in traditional advertising practices and wondering if inbound marketing is right for you, let Ed buy YOU a cup of coffee and explore the possibilities.

Congratulations Ed. Your entire team is proud of you (and especially me!)

There are no related posts The Heart of StoryTeller: Our Common Set of Values and Beliefs