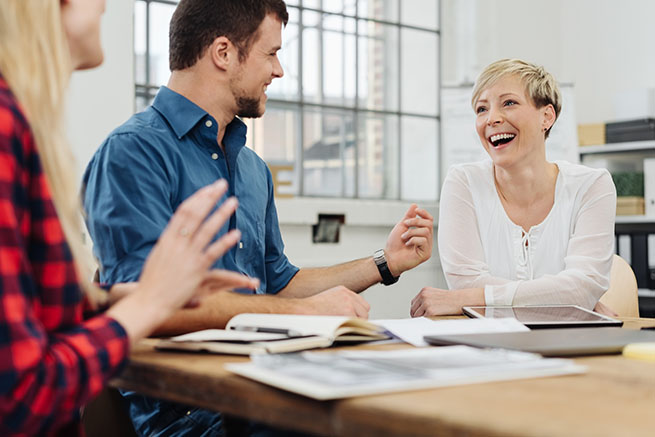 Do you remember what life was like before email, or smartphones, or social networks? It helps to remember all the advances in those areas to understand how much online video has changed over the years. In other words, we've come a long way from the herky-jerky, low-rez videos that barely buffered and frustrated viewers.

Now, video streams are reliable, video production is affordable, and some kinds of video are probably part of your marketing plans. But with the platforms and technology changing so quickly, it's important to understand the types of video content available, but what's right for you this year is probably very different than it would have been just a couple years ago.

Nothing has changed more over the last few years than social videos. Remember when posting an iPhone video on Facebook counted as a smart, spur-of-the-moment social post? There's still a place for those posts — just like there's a place for Snapchat — but most social posts are much more strategic. Ever since Facebook started auto-playing native videos in the newsfeed, marketers have been much more intentional with their social videos.

PRO TIP: Remember to include links and calls-to-action on your social videos. After all, no matter how many views you get with native videos, you'll still need some extra effort to move those viewers to your own website.

Over the years, a number of tried-and-true types of video have flourished online. You'll be familiar with most of these as they have become the staples of online video, and realistically, they aren't going anywhere. Consider them the building blocks of a video strategy and keep updating them

PRO TIP: Remember that you can make shorter versions of most of these videos to use as "teasers" on your social channels. Cut a 20-second sound bite or a montage with graphics to tell the story and finish it with a "watch the whole story" link leading to your own website.

Videos for the Future

With technology changing so quickly, it's always important to have your eyes on the next frontier, but that doesn't mean you have to put every new technology in this year's marketing plans. The technology is available to produce the next two types of video, but the audience may not be quite ready yet. Feel free to experiment, because first movers put themselves in a great position whenever a new technology moves from the frontier to the mainstream (and tipping points in technology come really quickly), but be aware that at this point you're efforts are really an investment in the future.

Right now, social videos are exploding and the old-standbys are gaining even more traction. But tune in next year — or even next month — because this list is guaranteed to change. That's the nature of video.

I saw a great SEO presentation in Boston a couple years ago that really left a lasting impression....

Once again, it’s time for marketers and SEO specialists to change our tactics. Over the last year...

6 Tested Ways to Grow Blog Traffic to Your Website

More blog traffic — a dream for all inbound and content marketers, right?